One more day Xiaomi surprises us again with another curious product for sale on Youpin . This time it is a toilet but not just any toilet , since it lacks a water tank and also does not need us to activate its emptying.

In detail we are faced with a 680x443x390mm toilet whose weight reaches 35 kilograms . Unlike other toilets, this one lacks a water discharge system or tank since it connects directly to the water intake.

Beyond its design, what is really striking is found in its operation. Specifically, this new toilet for sale on Xiaomi’s crowdfunding platform adds various sensors so that we do not have to activate its operation .

This toilet lacks a water tank, it connects directly to the supply outlet.

In itself, just by tapping our feet on its base , its water discharge system will be activated automatically. In addition, if we forget about it, after detecting that we have separated from the toilet itself , it will intelligently operate its flush system. 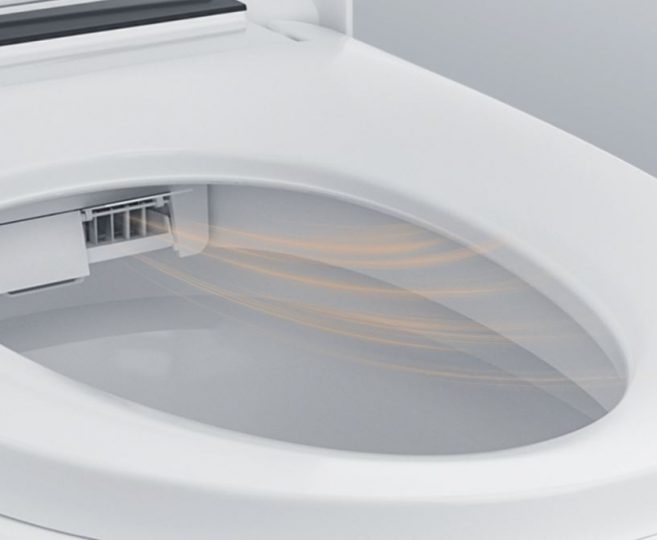 In addition to all this, this new toilet also has a heating system capable of cleaning and eliminating a large part of the bacteria inside, as well as a small jet of water so that we can clean ourselves hygienically after use.

Likewise, this new toilet has a small screen on its surface that allows us to control part of its operation and visualize the outside temperature and that of its surface after activating the heating system.

The price of this innovative toilet is barely 1999 yuan, about 249 euros (€ 349 for the model with remote control and UVC sterilizer), a really striking price if we consider that in general, toilets of this type tend to far exceed the band of 500 euros.

At the moment it will only be sold in the Youpin Xiaomi store, and it is unlikely that we will see it on platforms such as AliExpress due to its dimensions, weight and fragility when it comes to transport.

The entry Xiaomi puts on sale a toilet with which you will not have to “flush” was published first in XIAOMIADICTOS: Xiaomi news and news website .