Update: the Xiaomi Mi 10T and 10T Pro briefly appeared on Amazon Spain. So, yes, the two phones will be available outside of China. The vanilla model will cost €550 and will be powered by a Snapdragon 865 chipset with 6 GB of RAM and 128 GB storage. It will have a 64 MP main camera. 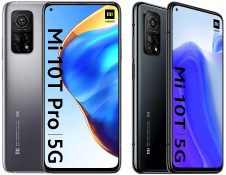 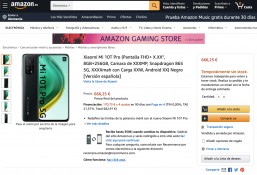 The hands-on photos of the Xiaomi Mi 10T Pro we saw a couple of weeks ago weren’t the best quality, but these newly-leaked official renders are much cleaner.

The “108MP camera” label is clearly visible below the large module on top. Based on the previous leak, the non-Pro version of the Mi 10T will have a 64 MP module here. Note that this is a triple cam even though it looks like a quad setup – the function of the module in the upper right corner of the “square” is unclear (Laser AF, perhaps?). 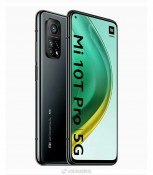 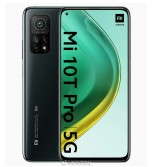 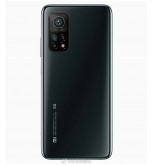 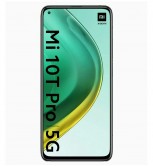 Also notice the fingerprint reader mounted on the left side of the phone. Rumor has it that the display will be an LCD with 144 Hz refresh rate, which necessitated moving the FP reader (most Mi 10 models use OLED panels with under-display readers).

This phone will have 5G connectivity thanks to its Snapdragon 865+ chipset – this exact model number (M2007J3SG) has appeared on Geekbench. Unfortunately, it’s not certain whether we’ll see the Xiaomi Mi 10T Pro and its vanilla sibling outside of China.