In addition to the new Xiaomi Mijia Electric Heater 1S , Xiaomi today presented its new Xiaomi Mi Wireless Power Bank 30W , a power bank that in addition to performing its task serves as a wireless charging base.

Thanks to its design, this new power bank can be anchored to its own base and used as a conventional wireless charging base . With this we will be able to simultaneously charge our smartphone and the power bank itself.

For this, at one of its ends it has 5 contact pins that are perfectly anchored to its base. Through them the power bank itself will be charged with a power of up to 10W . Instead, if we charge the power bank directly through its USB port, the charging power will be 18W . 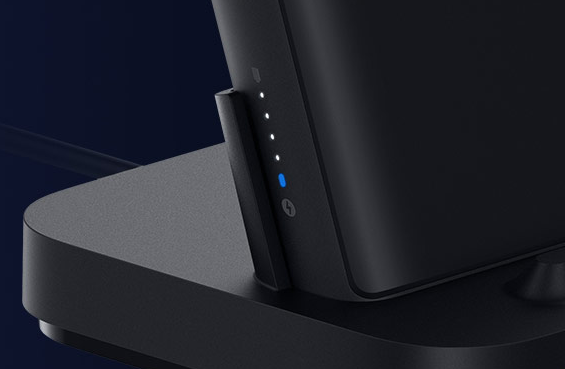 In total, the Xiaomi Mi Wireless Power Bank 30W has a reversible USB Type-C port capable of delivering a 30W charge, a USB A port that offers a maximum of 27W and a wireless charging surface that in turn offers a fast charge of 30W .

The price of this new Xiaomi Mi Wireless Power Bank 30W is 199 yuan, about 25 euros to change. At the moment it is only sold in China although it is likely that we will see it soon on AliExpress and other similar platforms.

The entry Xiaomi launches a new power bank that becomes a wireless charging base was first published on XIAOMIADICTOS: Xiaomi news and news website .