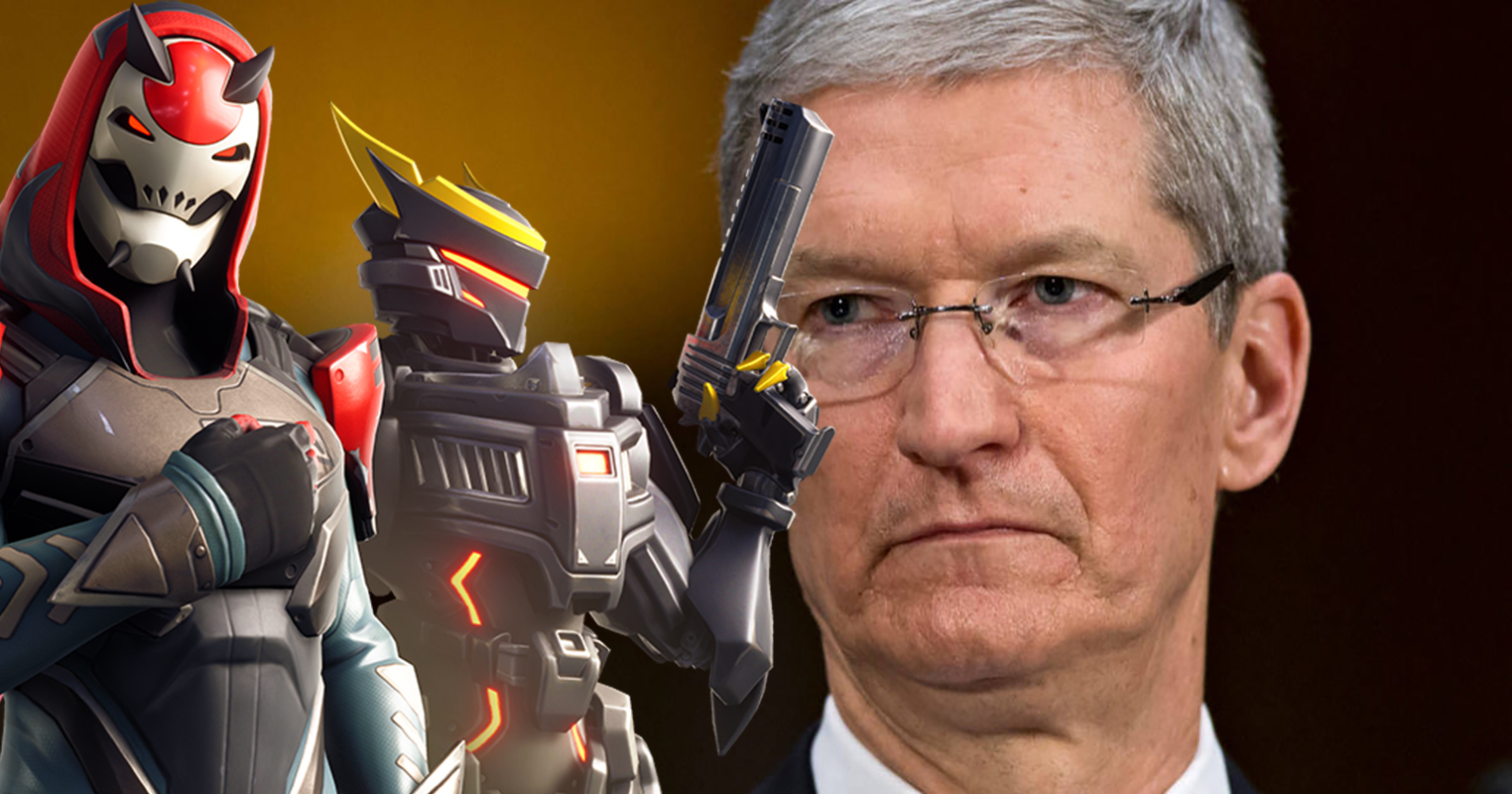 As predicted, Apple blocked the mobile version of Fortnite from the App Store. Google did the same by removing the app from Google Play.

Epic Games was just waiting for it, unleashing a conflict on a scale that is extremely rare in the IT industry. Spotify has entered the game, and Microsoft is rubbing its hands and waiting for the situation to develop.

I was basically sure Apple was blocking Fortnite from the App Store. Epic Games has implemented its own payment system into its game, bypassing the intermediary in the form of Apple’s infrastructure. Thus, Tim Cook did not receive his 30 percent. tribute that applies to every app producer who decides to publish their work in the App Store.

The company argued this with the fact that application component manufacturers do not have to share 30 percent. revenues. This is an extremely poor line of defense, which I am writing about in more detail here . In fact, Apple does not impose 30 percent. tribute, but where we are dealing with trade in the traditionally understood form, concerning services and physical objects. For example, we do not pay 30 percent. more for shoes purchased through the CCC app or for a meal ordered by Wolt.

However, when it comes to video games, Apple has a very strict policy here. For each transaction for digital goods, such as season tickets, skins or V-bucks, Apple takes 30 percent. revenue. Epic Games, however, implemented its own payment system into the game – Epic direct payment – thus bypassing the intermediary who is also the owner of the platform. This is against the regulations, current practice and agreements under which Fortnite could appear in the App Store a few years ago.

Apple has blocked Fortnite from the App Store.

As readers of Spider’s Web have noticed, the title is not displayed in the search engine for digital products from the App Store application. The exception is if the owner of an iPhone or iPad has already owned this game. Such a person can download Fortnite without any problem. However, people who have not previously added a title to their digital library can no longer do so. Fortnite on the App Store has been blocked.

The move on Tim Cook’s side was obvious and predictable. It was also expected at Epic Games itself. This is evidenced, for example, by a multi-page document in which Epic Games argues a lawsuit against Apple. Another proof is the propaganda spot, which we will return to later, which is supposed to ridicule and criticize Apple’s allegedly monopolistic attitude. These things are not organized within hours of the game being blocked. It is part of a previously arranged, multi-threaded and well-thought-out campaign.

Epic Games is suing Apple and wants changes in the App Store.

A lawsuit representing Epic Games has already received a lawsuit in a Californian court. The document, over 60 pages long, refers to Orwell’s 1984 book and Apple’s campaign of that year. Back then, Apple fought the monopoly of IBM by advertising the Macintosh as an open, cheap and pro-consumer device. Epic Games’ narrative puts Apple in the light of the monopoly monster that the company once fought itself.

Epic Games calls the application distribution system only through the App Store "monopoly", in turn, the imposed rate of 30 percent. it is supposed to be "repressive" on income. At the same time, the producers of the game indicate that the environment on macOS from the same company is much more open, and Apple charges an average of 3% per transaction. According to Epic Games, the protection money imposed by Apple leads to an artificial increase in the prices of digital goods, which is harmful to the consumer.

In the lawsuit, we can find some interesting, not so widely known information about the rules prevailing on iOS and iPadOS. For example, Epic Games mentions that Apple prohibits informing users about the possibility of making a payment in a way other than through the App Store – e.g. using a web browser and entering the program manufacturer’s website. The company also gives the example of Facebook, which for six months negotiated with Apple to introduce its own game store on the App Store. Unsuccessfully. I will find more interesting flavors from the document in a separate post.

Fortnite has been removed from Google Play.