Without a doubt, the new Redmi 10X Series will be a success. And, they will not only stand out in performance thanks to their powerful MediaTek Dimensity 820 , but also in photographic quality, incorporating an OIS optical stabilizer and an impressive zoom .

This has been confirmed by the company itself through Weibo and as usual through Lu Weibing, current CEO of Redmi and president of Xiaomi. This, not only has allowed us to see the photographic characteristics of the new Redmi 10X, but also the existence of the Redmi 10X Pro .

And it seems that the Redmi 10X will also have a superior version, a priori only improved in terms of photography. According to the first details, the Redmi 10X Pro will have a quad rear camera of which we do not know its resolution, but with an optical stabilizer and 30x zoom . 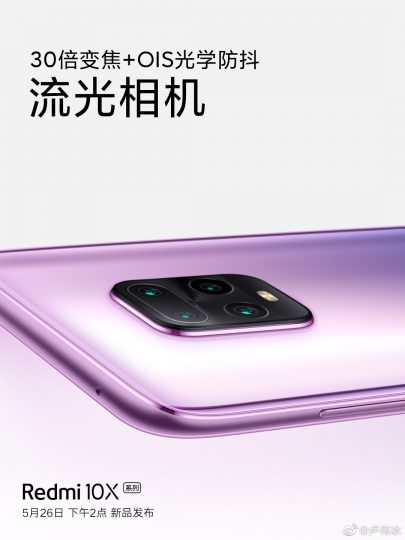 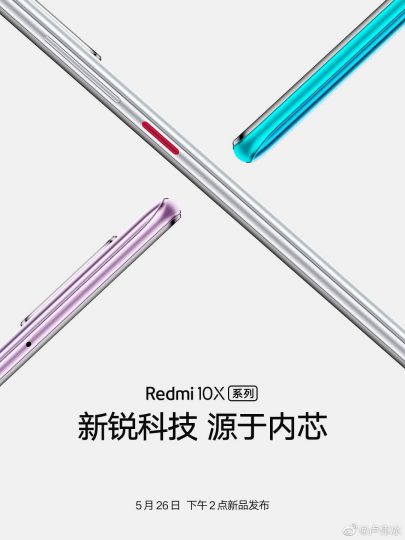 Without going any further, the Redmi 10X Pro will become the first mid-range to add an optical stabilizer and an impressive zoom of up to 30x, quite amazing characteristics if we consider the rest of its specifications.

Redmi 10X, what we know to date

As the days go by and Xiaomi has revealed new details to us, the new Redmi 10X and its brother, Redmi 10X, are becoming two highly powerful mid-range smartphones. And it is that inside they will have the MediaTek Dimensity 820 , a processor that provides greater performance compared to the Snapdragon 765G itself.

In addition, the new Redmi 10X will add Dual SIM 5G , a technology never seen before that allows us to have two simultaneous and independent connections of type 5G . Let’s not forget that to date there were only Dual SIM smartphones that allowed a 5G connection.

In addition, the Redmi 10X and Redmi 10X Pro will have an AMOLED screen and a notch in the form of a drop of water , a panel quite to take into account if we do not forget that we are facing a mid range of adjusted price.

As we were saying, a best seller that will undoubtedly sweep after its launch, competing even with other devices such as the Xiaomi Mi 10 Lite Zoom Edition, known in China as Xiaomi Mi 10 Youth Edition.

The entry The Redmi 10X Pro exists and will be a best seller: camera with OIS and 30X zoom was first published in XIAOMIADICTOS: Xiaomi and Redmi news and news website in general .