HMD Global-owned Nokia is one of the rare smartphone makers that provides users with the Android One experience with its smartphones. If you aren’t acquainted with Android One, then it is Google’s initiative to provides pure Android experience to budget smartphones. It was introduced back in 2014 and since then been on several Android devices for a clutter-free experience, clubbed with at least 2 years of timely software updates.

The latest Nokia smartphone with a pure Android experience is the Nokia 5.3, which falls in the budget segment. Apart from the OS, the device comes with quad rear cameras and a ‘bid display’ as its attractions. I got to use the device for a while and can safely say that it’s my first time with a Nokia phone after the longest time. Read on IndiaTV Tech’s review to know whether or not the device is better than the competitors such as Xiaomi and Realme phones in the price bracket.

The Nokia 5.3 follows quite a run-of-the-mill design with a waterdrop notched display and a circular rear camera module at the back. There is nothing too distinctive as compared to the other Nokia devices. Although, the matte finish at the back and the two-toned Cyan colour make the device attractive. There are two more colour options: Sand and Charcoal for slightly basic looks. One thing that really makes the smartphone quite a good deal is its lightweight. The smartphone is quite thin and light despite the big screen size it has. This makes the usage quite easy. But, one-hand usage can be difficult at times. 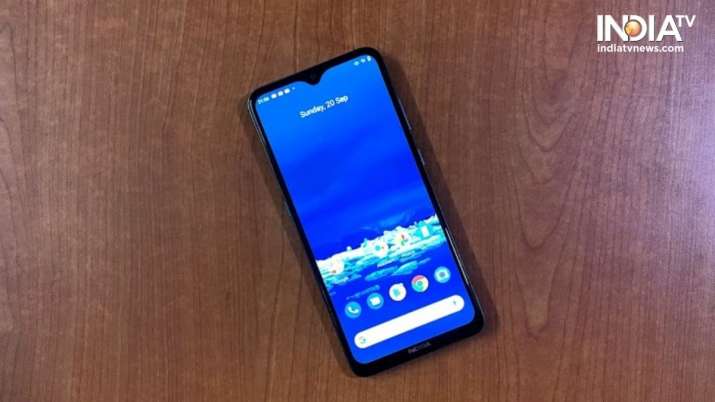 The smartphone has a circular rear camera setup with four cameras sensors and an LED flash at the back, followed by a fingerprint scanner, and the Nokia branding. The camera module appears quite well-designed; there are two circles (the outer circle has the cameras placed is square and the inner circle has the LED flash). Aesthetically, this attention to detail appears neat and interesting. Upfront, there is a waterdrop notch for lesser bezels and another Nokia branding at the chin. The left side gets a SIM tray slot, a dedicated Google Assistant button and the right side as the volume rocker and a power on/off button. The top has a 3.5mm audio jack and bottom has USB Type-C port and speaker grille. 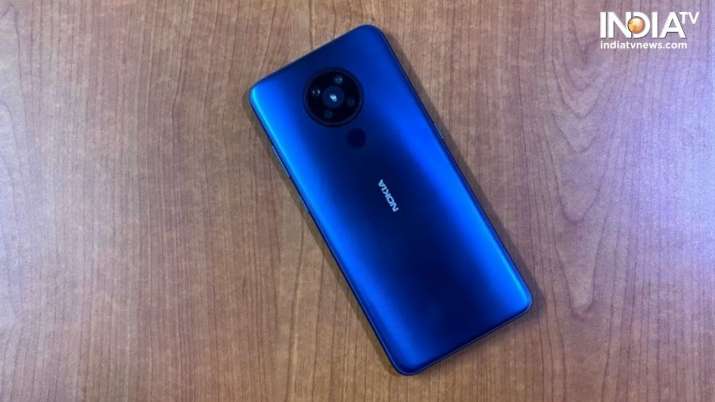 While the Nokia 5.3 isn’t a device that provides you with extraordinary looks, the neat finish to it and the extremely lightweight makes it a daily driver you can use with all the ease.

The Nokia 5.3 spans 6.55-inch and has an HD+ screen resolution. It comes with a waterdrop notch and an aspect ratio of 20:9, which is meant for lesser bezels. The display is pretty big and allows for a good viewing experience due to the size. The content appears clear and bright, with a hint of saturation. While there are some details being highlighted, the HD+ screen doesn’t call for a lot of details when compared to a Full HD+ one that is seen on most of the devices these days. 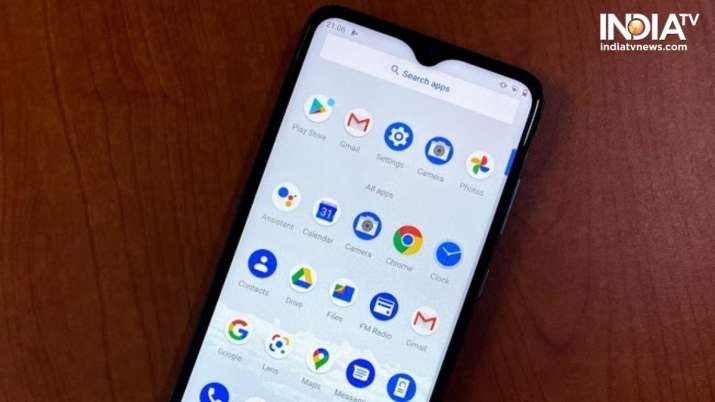 Among others, the viewing angles and sunlight visibility are fine and the device is easier to hold and use.

The device follows the trend of quad rear cameras and adds a 13MP main camera, a 5MP ultra-wide lens for a 118-degree field of view, a 2MP depth sensor, and a 2MP macro lens at the back. There is support for an LED flash, Night mode, Portrait mode, HDR, slow-motion videos, time-lapse, panorama, and the Beauty mode. The front camera stands at 8MP. 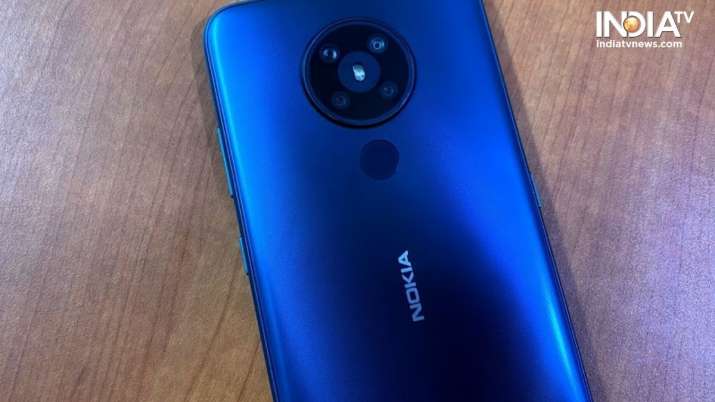 The cameras on the Nokia 5.3 are quite mediocre. They do capture close to natural colours and do not process the output much but fail to provide detailed images. The images are usually quite grainy, especially when zoomed in. Although, the images captured in broad daylight are slightly better in detailing. The ultra-wide lens is a decent addition and captures a decent amount of view but with lesser details. The macro mode works just fine and can’t really take detailed close shots. Among others, the HDR mode, beauty mode are decent performers. But, the Portrait mode wasn’t neat and appeared more like a filter than a depth effect. The night mode is fine but provides a filter effect than highlighting the dark areas for low-light photography.

As for the front camera, it is an average selfie shooter that captures average images. Again, detailing is a difficult thing to get over here too and images are mostly grainy. Slow-motion videos and videos in totality were fine. Overall, the camera department is just average and needs improvements.

Here are the Nokia 5.3 specifications:

The Nokia 5.3 is powered by a Qualcomm Snapdragon 665 processor and gets two RAM options for multitasking: 4GB and 6GB. Out of the two, I got the base variant. It comes with 64GB of internal storage that can be further expanded up to 512GB via a memory card.

The Nokia 5.3 is a decent performer that can carry forward basic tasks with ease. Watching videos, using the internet, clicking images, and doing random stuff was easier and mostly happened without many interruptions. Although the smartphone did stammer at times when it was loaded with a number of tasks and a number of apps in the background. Another thing that caught my attention was that the smartphone was prone to slight heating while taking pictures and this turned out to be a drawback. Games such as Subway Surfers and Candy Crush Saga work well and the graphics appear decent too. The fingerprint scanner is a decent one and unlocks the device in less than second. Among others, the audio was fine but wasn’t that loud.

The 4,000mAh battery is the main attraction and lasts for a day and a half with the aforementioned usage and more than 2 days on standby. The battery charges in about an hour, which is decent. Another highlight of the Nokia 5.2 is the stock Android 10 experience, which I like always. The clean UI, no bloatware, and Android features such as a dedicated Google Assistant button, fingerprint scanner gesture to summon the notification shade and more gestures are always delight to use. The power button blinks too when a notification pops up, which is different than the regular LED light on a device.

The Nokia 5.3, at Rs. 13,999 is a device that revives the Android One initiative by Google that seems to have been lost. With a stock Android experience, a more-than-decent battery, and good looks, the smartphone can be a daily driver. But average cameras, display and performance are the downsides you can’t deny, especially when contenders such as the Xiaomi Redmi Note 9 Pro offers better cameras, a bigger battery and processor, along with the Realme 6i.

However, if the Nokia nostalgia and the urge to use stock Android on a budget lures you, you can go for it.