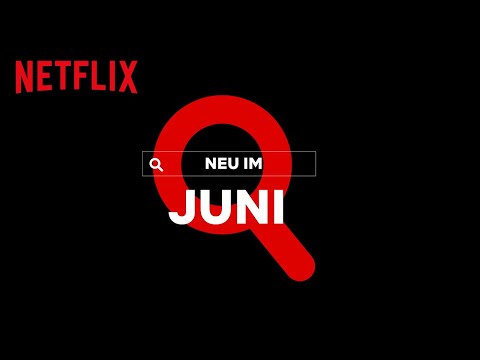 The Netflix novelties for June 2020 have been announced. The streaming provider wants to inspire us again in front of the screen with new films & series.

The monthly press release on what’s new at Netflix is ​​here. And again the list is very extensive.

Here is an overview of the new titles, including descriptions, each from Netflix itself. And here we go:

Fuller House: Latest Episodes – NETFLIX ORIGINAL SERIES
Jimmy and Steph bring their new baby home and plunge into their new lives as parents. But don’t worry: you have an entire house full of helping hands.

True: The Rainbow Rescue Mission – NETFLIX KIDS & FAMILY
True and Bartleby venture to the other side of the Endless Rainbow to bring back the Rainbow King’s best friend, who is a brave explorer.

The American Dream of Spelling – NETFLIX ORIGINAL DOCUMENTATION
Using four candidates, this documentary explores the question of why Indian Americans have dominated the Scripps National Spelling Bee spelling competition since 1999.

M’entends-tu? – NETFLIX ORIGINAL SERIES
Despite their bad luck in love and dysfunctional families, three friends from underprivileged backgrounds do not lose their sense of humor and hope.

Hospital Playlist – NETFLIX ORIGINAL SERIES
Every day is special for five doctors and their patients in their hospital in South Korea, where births, deaths and the like are everywhere.

Dead girls don’t lie: Season 4 – NETFLIX ORIGINAL SERIES
Shortly before graduation, Clay and his friends need to be on guard constantly, as the secrets of their past threaten their future.

The Last Days of American Crime – NETFLIX FILM
A bank robber wants to take part in a final, historic robbery before the government finally eradicates crime with a mind-altering signal.

Choked: Paisa Bolta Hai – NETFLIX FILM
A bank employee suffering from her unemployed husband’s debts – and her own unfulfilled dreams – finds a secret source of money in her home.

Reality Z – NETFLIX ORIGINAL SERIES
In a zombie apocalypse, participants of a reality show in Brazil are locked up in a television studio, where they wanted to escape the carnivorous hordes.

F is for Family: Season 4 – NETFLIX ORIGINAL SERIES
While Frank grapples with his father’s unwanted visit, Sue discovers the wonders of the Lamaze technique. Bill makes a name for himself with ice hockey.

Dating Around: Season 2 – NETFLIX ORIGINAL SERIES
In a series of first dates, six new singles are trying to find love – or something like that. But who manages to get a second date?

Criminal Investigation: The Search – NETFLIX ORIGINAL SERIES
When a child disappears from a posh district in Mexico City, all sorts of family secrets and power games come to light among the privileged.

The grave in the forest – NETFLIX ORIGINAL SERIES
In this adaptation of Harlan Coben’s novel, a body is found that has connections to the sister of a respected prosecutor who has been missing for 25 years.

Da 5 Bloods – NETFLIX FILM
In Spike Lee’s drama, four African-American veterans return to Vietnam decades after the war to find the remains of their leader – and gold.

Jo Koy: In His Elements – NETFLIX ORIGINAL COMEDY SPECIALS
Jo Koy is returning to the Philippines as a local culture guide and headlining a special with US Filipino comedians, DJs and hip-hop dancers.

Kipo and the world of wonder monsters: Season 2 – NETFLIX KIDS & FAMILY
To save Lio and defeat Scarl, plenty of muckies and brains are needed. So Kipo sets out to master her powers and find out the origin of her world.

Alexa & Katie Part 4 – NETFLIX KIDS & FAMILY
Summer is over. Alexa and Katie start their last year of school. They’ve been through so much together, but that’s not all.

Marcella: Season 3 – NETFLIX ORIGINAL SERIES
18 months later, Marcella lives with a new identity in Belfast, where she has infiltrated a criminal family as a highly secret undercover agent.

Mr. Iglesias: Part 2 – NETFLIX ORIGINAL SERIES
The series about a funny high school teacher who wants to make a difference in the life of his intelligent but underperforming pupils goes into the second round.

The Order: Season 2 – NETFLIX ORIGINAL SERIES
At Belgrave University, the evil blood between the werewolves and the magicians threatens to boil over – until an even greater evil threatens their entire existence.

To a whisker – NETFLIX ANIME
In the second full-length film by Studio Colorido from Japan, a girl with an unusual nickname tries to approach her crush as a cat.

The Sinner: Jamie – NETFLIX ORIGINAL SERIES
Investigations into a gruesome traffic accident are becoming one of the most complicated and dangerous cases of his career for Detective Harry Ambrose.

The floor is lava – NETFLIX ORIGINAL SERIES
In this competition, teams jump from chairs, hang from curtains, and swing from chandeliers to overcome floods of lava … and that’s no joke.

The Politician: Season 2 – NETFLIX ORIGINAL SERIES
Wrong play, a three-way relationship and a one-topic candidate ensure that the Senate election campaign that Payton absolutely wants to win is really dirty.

Feel the Beat – NETFLIX FILM
After failing on Broadway, April returns to her hometown and reluctantly trains a group of outsiders for a dance competition.

Wasp Network – NETFLIX FILM
In this exciting thriller based on real events, Cuban spies infiltrate exile groups in the 1990s in the fight against terror. But the price is high.

Stray Bullet – NETFLIX FILM
A convicted auto mechanic is hired by the police to pimp police cars for high speed driving. But the danger quickly catches up with him.

Yarina Tek Bilet – NETFLIX FILM
Two strangers get to know each other on a train to Izmir. As it surprisingly turns out, her turbulent love life has certain things in common.

The first year of life: Part 2 – NETFLIX ORIGINAL DOCUMENTATION
As babies open up their new world, groundbreaking research explains how well prepared they are for complex human life.

Father Soldier Son – NETFLIX ORIGINAL DOCUMENTATION
When First Sergeant Brian Eisch is seriously wounded in Afghanistan, he and his sons begin a new phase of life full of love, sadness and salvation.

Kleinreimstadt – NETFLIX KIDS & FAMILY
In this town two best friends can hardly save themselves from fun and adventure. This is no wonder, because popular children’s songs are brought to life here.

Crazy Delicious – NETFLIX ORIGINAL SERIES
Hobby chefs have to prepare original and delicious creations with ingredients from an edible magical forest in order to impress the three kitchen sizes in the jury.

Nobody Knows I’m Here – NETFLIX FILM
Decades ago, Memo Garrido was a child star of the Latin American music scene. Now he lives in seclusion in southern Chile until Marta shows up and changes his life.

Live and love – NETFLIX ORIGINAL SERIES
After returning from military service, Joaquín suffers a stroke of fate. So the boy travels from the country to Bogotá, where he meets the budding singer Irene.

Eurovision Song Contest: The Story of Fire Saga – NETFLIX FILM
Two small town singers fight for their dream of participating in the largest singing competition in the world. The main roles are played by Will Ferrell and Rachel McAdams.

Home game – NETFLIX ORIGINAL DOCUMENTATION
From voodoo wrestling in the Congo to roller derby in Texas – this documentary series illuminates unusual and sensational sports from all over the world.

Dark: Season 3 – NETFLIX ORIGINAL SERIES
After Jonas finds himself in a parallel world, he has to recognize that it is not just Adam who is playing with time, space and the apocalypse. Jonas begins to understand that in this everlasting and indestructible knot of cause and effect, other characters only pursue their own interests.

ARASHI’s Diary -Voyage-: Flg. 8 – NETFLIX ORIGINAL DOCUMENTATION
Sho Sakura is in the spotlight. This episode gives deep insights into his love of music as well as his personal development in the group and beyond.

Adú – NETFLIX FILM
The three stories take place in Melilla, on the border between Spain and Morocco, where migrants risk their lives to cross the Strait of Gibraltar.

Brand New Animal – NETFLIX ANIME
Michiru, unexpectedly transformed into a raccoon dog, searches for answers and refuge in the city of Anima City with the help of the wolf man Shirou.

It’s Okay to Not Be Okay – NETFLIX ORIGINAL SERIES
A carer and an author suffering from dissocial personality disorder heal each other’s emotional and psychological wounds in this romantic drama.

One Take – NETFLIX FILM
The members of the Thai girl group BNK48 give insights into the ups and downs that they experience while preparing for the Senbatsu elections for the 6th single.

The contribution Netflix: These are the novelties in June 2020 first appeared on Xiaomist .