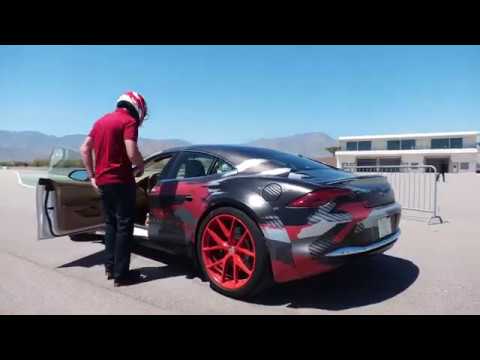 It’s amazing what numbers make the rounds in some cars. The luxury smithy Karma now wants to develop an electric car with up to 1,100 hp.

In order to bring the power to the road, a dual electric motor should be installed on the front and rear axles. This should bring up to an awesome 14,000 Nm of power, values ​​that you could never expect from combustion engines.

There will also be a battery with 120 kWh, which should allow a theoretical range of almost 640 km. The tests with the prototype are still ongoing and it is not known when the Karma Automotive E-Flex EV will be released.

We can also expect exorbitant prices. 1,100 HP want to be paid, because we will certainly come in price ranges for which you can also buy a Ferrari or Lamborghini or similar. would get.

The article Karma develops electric car with up to 1100 PS first appeared on Xiaomist .