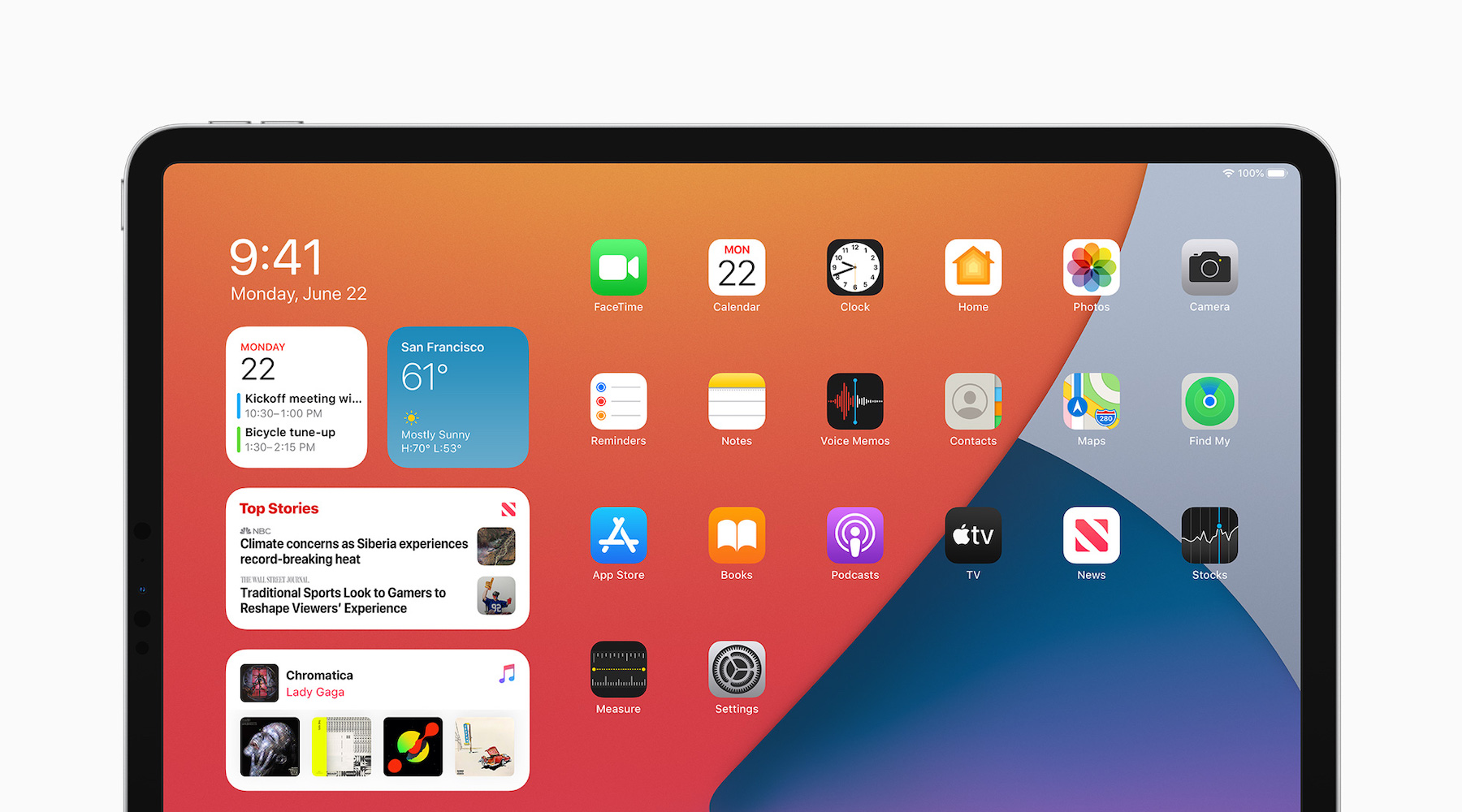 I have already tested the iPadOS 14 system and I am extremely disappointed. Apple still does not take its tablet users seriously.

Trackpad and mouse support in the iPadOS system made me believe again that the tablet will be able to replace my MacBook outside the home in the foreseeable future. I would like this to be possible, because then my next computer could be a desktop iMac and maybe one with an ARM processor. In practice, however, it is still a distant song of the future.

iPadOS 14 is proof that Apple still does not take its tablets seriously.

Many people hoped that the separation of the iPadOS system would make it develop more dynamically by providing additional functions on it compared to those found on phones with iOS. In practice, however, it turned out that Apple made this division so that tablets do not inhibit the development of software on smaller screens.

In the case of iPadOS 14, this can be seen, unfortunately, all too clearly, because, like most of the features of iOS 14 on tablets, so the most important novelty, i.e. the possibility of shredding the icon grid on the main screen with tiles, did not appear here at all. Widgets on iPad can be used only as before, i.e. within one column on the main screen.

The icon grid on iPads has remained unchanged.

It is possible that as part of one of the next updates there will be the possibility of interweaving icons with widgets, and to this will be joined by a screen with an application drawer and automatically generated folders, but for now there is no trace of such news. It saddens me a lot, because the ability to pull content to the home screen would be more useful on a device with a larger screen.

This does not mean, however, that there is nothing new in iPadOS 14. I managed to track a few of them, although users from Poland have to turn Tim Cook’s other cheek here – the promising Scribble function works great, but … is available in English. Nevertheless, it is worth looking at.

During the WWDC 2020 conference, the Cupertino company announced a novelty that makes buying an Apple Pencil for a tablet even more sense than before. All thanks to the fact that the system Notes application (in which the texture has already disappeared from the background of the document) received a turbocharging. iPad recognizes and improves … shapes.

This is a great novelty for people who, like me, sketch and write by hand, scribble like a chicken claw. Thanks to this, all lines, squares, circles, arrows and other geometric shapes from the base align. Just after drawing them, hold the stylus on the screen a little longer for the algorithms to get to work. It is a pity that I did not have access to this when I watched Dark Season 3 …

The icing on the cake is handwriting recognition in iPadOS 14.

Earlier, the Notes application was able to index handwriting, but its new version in iPadOS 14 can also select text, edit and analyze. Thanks to this, you can copy the content of the note and paste it into e.g. messenger or any other program or immediately open the e-mail application after saving the e-mail address.

Unfortunately, this is another example that Poles are customers of the second category for Apple. The new text recognition mode is not available in Polish. As long as we enter words without Polish characters, it even works nicely, but unfortunately one tail is enough for the algorithms to recognize the font, which significantly limits the usefulness of this function in Poland.

PS A nice addition is the ability to enter content using the stylus directly in classic text fields such as the address bar in Safari.

The shape and letter recognition feature is not a new feature in iPadOS 14. Numerous other system applications have also been refreshed, although no revolution was found. The most striking are the optional columns on the left side of the interface that appeared in more applications. They facilitate navigation.

Among the news that is worth mentioning is also the button in the Files application that opens a drop-down menu. In addition, I like the Calendar date interface – just point it in the month view. The time, both here and in the Clock application (from which the Sleep Time option disappeared) is given on a small numeric keypad.

What was missing in iPadOS 14?

The list of new products is not very impressive, but my subjective list of deficiencies – and yes. It is true that it is difficult to accuse Apple of failure to promise here, because things that look forward, in fact, the company never promised, but I’m disappointed with the pace of development of this platform, because I wanted it moved now with hooves. So I regret that in iPadOS 14:

Thus, Apple did not address any of my comments regarding tablet software. New in iPadOS 14 are either washings from iOS 14 and in a more primitive form (no widgets between icons) or are not fully available in our country (Scribble). And I am slowly starting to lose hope that something will change in this matter. Sigh …

PS If you are thinking about installing iPadOS 14 on your devices then … I advise against. In its current form, this software is very emergency, just like iOS 14. I installed it myself on an iPad Pro 11 (2018) borrowed from the X-kom company, and with the update of the privately used tablet I will wait until Public Beta appears.