Infinix is one of the smartphone makers present in India that launch budget smartphones with interesting features. Among the Transsion Holdings-owned company’s many affordable smartphones, the Infinix Smart 4 Plus is the most recent addition. The smartphone comes with several highlights such as dual rear cameras, a huge 6,000mAh battery, and more.

I got to use the device for some time and here’s what I think of it. Read on my review to know how the device performs.

The Infinix Smart 4 Plus has a design similar to the Infinix Hot 9 smartphones. It has the same ‘gem-cut’ design and comes in three colour options: Ocean Blue, Violet, and Midnight Black. The major difference lies in the screen size, which is huge this time. While one-hand usage is difficult due to the 6.82-inch display, the smartphone isn’t heavy and feels easy to use. 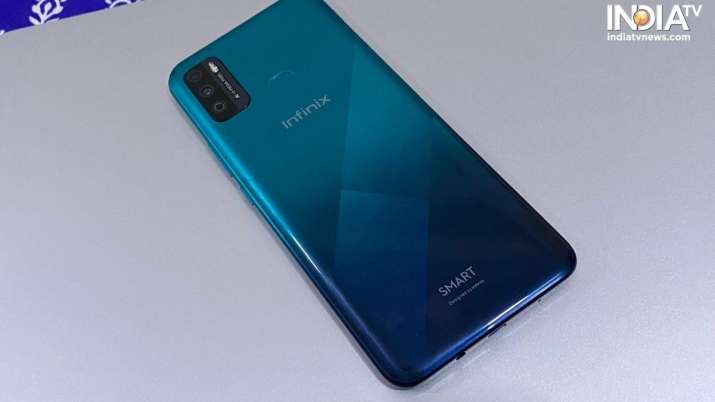 Aesthetics-wise, the smartphone has a dual-camera module (although it appears like a triple-camera module) in the top left corner at the back, a fingerprint scanner at the top part, followed by the company’s logo, and ‘Smart’ branding at the bottom part. The front has a waterdrop notched display with fewer bezels. The right side of the device has the volume rocker and the power on/off button and the left side houses the SIM tray. Additionally, the top edge as nothing while the bottom edge is home to a 3.5mm audio jack and the micro-USB port. 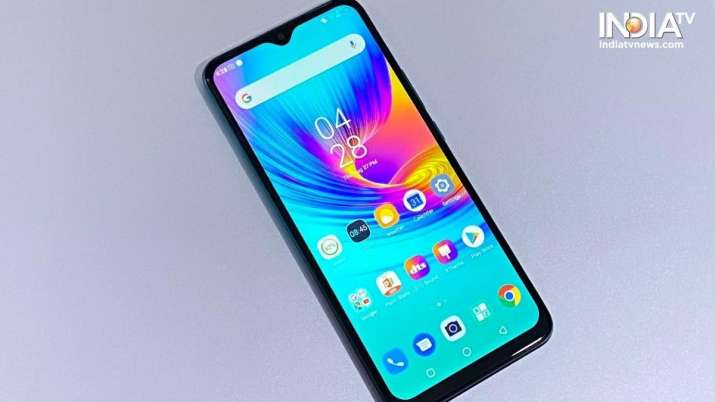 The smartphone has a decent build quality and won’t feel cheap, especially with the vibrant colours it has. If you want to go for a subtle colour, the Midnight Black is an option for you. The only problem with the design is the usual design it carries and brings nothing new to the table.

The smartphone has a huge 6.82-inch Drop Notch display with an HD+ screen resolution. The display has less bezels but you can still see some at the bottom portion. The big screen size makes the viewing experience quite enjoyable. However, it gets difficult to use it with one hand, especially while lazing around. The display produces vivid colours and is slightly oversaturated. The viewing experience is clear and good but the colours appear different than usual. Among others, the viewing angles are decent with slight reflection appearing here and there (not that much though!), and sunlight visibility is decent too. 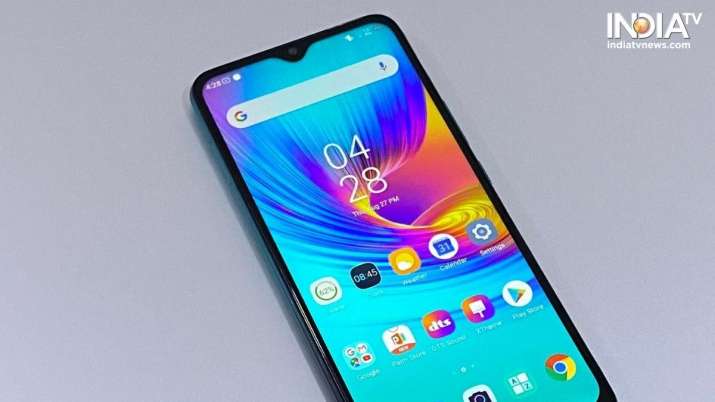 The Infinix Smart 4 Plus is home to dual rear cameras; a 13MP main camera and a depth sensor. The rear cameras are accompanied by a triple-LED flash. The front camera is rated at 8MP.  Additionally, the device supports HDR mode, portrait mode, AI camera capabilities, AR Animoji, and face beauty mode for the selfies. 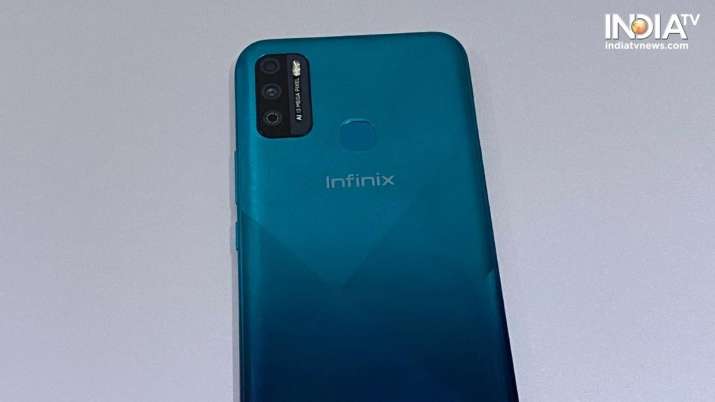 Starting with the rear cameras, the two snappers did a decent job and captured decent images. The details were highlighted and the images appeared pleasing. However,  there was a hint of oversaturation and lack of natural colour production. The HDR mode and even the bokeh effect worked fine too. The front camera did a good job too and was able to click above average selfies. Yet again, the only thing that wasn’t likeable was the processed resultant pictures.

Among others, the videos were fine too and the inclusion of the AR Animoji, much like on Samsung and Apple iPhones, is a fun addition.

Here are the Infinix Smart 4 Plus specifications:

The smartphone is powered by a MediaTek Helio A25 processor and gets 3GB of RAM and 32GB of onboard storage. The storage comes with an option to expand up to 256GB via a microSD card.

The smartphone is a decent performer when it comes to pulling off basic tasks such as messaging, calling, watching videos, using the various social media platforms and more. It is able to handle several apps in the background without causing much disruption to the overall usage. My usage mainly involved watching videos and surfing the internet and all this was done nicely. However, the usage isn’t as smooth as butter and the device will stutter at times. It isn’t a lot but you will still notice the slight hiccups.

As for the battery, it is the star of the show. The huge 6,000mAh battery is able to last more 1.5 days with the aforementioned usage and charges in about an hour and more. While I would have liked the charge time to be lesser than the usual one, the battery life compensates for that problem. The device runs XOS 6.2 based on Android 10. The UI is decent but  I feel it needs some improvements. There is the presence of bloatware and ads that act as a turnoff.

Among others, the audio has been decent and there wasn’t any problem with calling or video-streaming. The rear-mounted fingerprint scanner is fast too.

The Infinix Smart 4 Plus, priced at Rs. 7,999, acts like a daily driver a person with minimal usage would like. It has a pretty good battery life and the camera are decent too. However, the OS isn’t really neat. The smartphone competes with the likes of the recently-launched Realme C11 that comes with better MediaTek Helio G35 processor or the Xiaomi Redmi 8A Dual with a Qualcomm Snapdragon 439 processor.

Having said that, the device is a decent option for its battery, bigger display, and different colour options.