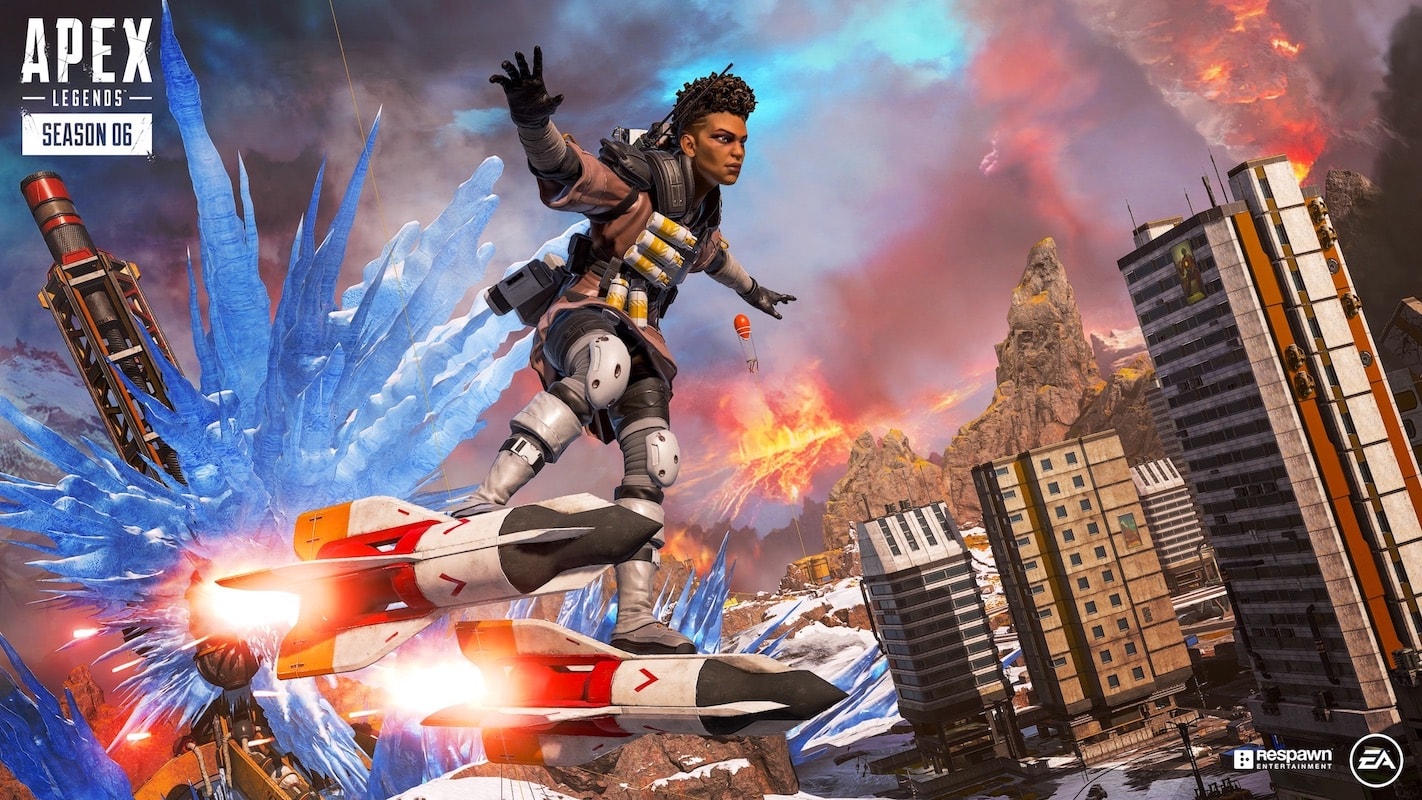 ” We can’t say anything about the work on new consoles, but we want Apex Legends to be available everywhere ,” Chad Grenier of Respawn Entertainment tells me with a significant smile on his face.

I had the pleasure of participating in a relatively intimate (the pandemic leaves its mark on the gaming industry) conference organized by Respawn Entertainment. The creators of Jedi Fallen Order and Titanfall wanted to show off the new products that are heading for Apex Legends with the latest, sixth season of the game. I took the opportunity to ask my own questions, incl. for Switch and PS5.

When asked about the Apex Legends port for the Nintendo Switch, Chad Grenier confirmed that this one is still in development. The Game Director also surprised me by saying that the version for the Nintendo portable console is not more difficult to create than the one for the PC or PS4. According to Grenier, you just need to know the limits of the platform and then work on the game to match the capabilities of the device.

Unfortunately, the studio still has not published the date of the Apex Legends debut on the Nintendo Switch. Grenier just said that he was looking forward to giving us some new information on this topic, and that will come in some time. I was also unable to get information on whether in future Switch players will be thrown into the same basket as those from Xbox and PlayStation. It would be a mistake, as shown, among others, by Fortnite example. Joy-Con’s lower precision, smaller display, possibly fewer fps – all this causes strong inequalities between console legends.

Apex Legends on PlayStation 5 and Xbox Series X is a sure thing.

I asked Chad Grenier about Apex Legends development for next-gen consoles. The Game Director said he couldn’t say anything about the possible development process for these platforms. At the same time, smiling from ear to ear, he assured me that the studio wanted their Apex to be available on as many platforms as possible.

Apex Legends for PS5 and XSX has been around for some time. Respawn studio revealed this project in one of the job advertisements. Only two fundamental questions remain: will the game be delivered to the premiere of new consoles and will it be improved in some way. Apex Legends at 120 frames per second? I certainly wouldn’t be offended.

The sixth season will be a holiday for the defensive players.

Apex Legends is an extremely dynamic production. The title focuses on the great mobility of players, air acrobatics and sliding. The gameplay in this title is significantly different from the more tactical, tactical war in CoD Warzone or PUBG. Hence, some people think that Apex is simply too fast for them. I am part of this group myself. Fortunately, there will also be something interesting for us in the new season.

A complete novelty will be the field crafting system, i.e. creating items with replicators scattered around the map. We will create items using natural resources, collected during the exploration of the map. Thanks to this, even people guarding the tail of the formation will be able to positively support the team by producing ammunition or accessories for it. The set of craftable items on the replicator will rotate.

The new legend – Rampart – is one hundred percent defensive.

A new playable heroine will come to Apex Legends with the sixth season. Rampart is a 21-year-old woman with British-Indian roots and an expressive personality. Every day the girl deals with the creation of various devices and mechanisms. The legend stands out for its defensive abilities, such as deployable shields with energy shields that let them send projectiles through them.

The Rampart special skill is Sheila – a foldable turret with a powerful machine gun that gains accuracy as the fire lasts. So the developers want you to have no resistance to pulling the trigger. The combination of Sheila with the cover is a natural combination, perfect for fortifying a corridor, passage or room. Add to that the demonic Revenant totem and the poisonous gas Caustica, and we have an impregnable fortress.

The map will change significantly. A spaceport will appear in Apex.

The powerful corporation Hammond Robotics returns to the ever-evolving arena in Apex Legends. This time the company built a large spaceport, of course with a rocket. In addition, energy shields similar to those used by the above-mentioned Rampart have been scattered on the map. The creators also boast that they added new tunnels, narrow passages and alternative roads to the game, thanks to which it will be easier to escape from the line of a decreasing struggle zone.

Of course, I had to ask Chad Grenier if the new rocket could somehow be launched into space. Or at least towards the opponents. Unfortunately, only high-level Hammond Robotics employees know the answers to this question.

With season six, the Apex Legends arsenal expands to include Volta. These are energetic SMGs that fire twelve rounds per second. Some players will grab this weapon for the second time. Tool of Destruction previously appeared in another Respawn Entertainment game: Titanfall.

I wonder if, since Volt is in the game, it will someday also feature large mechs. After all, the main character of Titanfall 2 received an invitation to participate in the Apex Legends competition, which is remembered by everyone who passed the game and saw one of the cutscenes. Developers have retconed that fragment, officially confirming the existence of Apex Legends invitations in the world of Titanfall during the conference.

I’ve spoken to the developers of Apex Legends. Six interesting information for the start of the sixth season of the competition